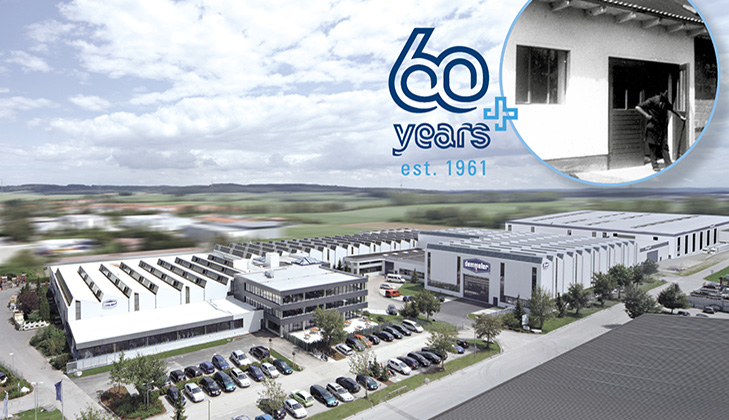 When Ludwig Demmeler celebrates his 80th birthday on Tuesday, November 9th, he can look back with pride and joy. As a man of action, who doesn't talk around for long, but takes clear positions. Other attributes with which the entrepreneur from Heimertingen is often considered include: "Always open-minded and interested, always courageously involved, motor and initiator in many areas."

It all started in a garage
Sixty years ago, 19-year-old Ludwig Demmeler founded a small turning shop in a garage in Boos, where he worked as a contract manufacturer for the surrounding industrial companies. That was the cornerstone for today's Demmeler Maschinenbau GmbH und Co. KG and the beginning of a great entrepreneurial success story. Since 2007, his son Johannes Demmeler has kept the company on course for growth as sole managing partner.

The company is located on over 40,000 square meters in Heimertingen and with around 250 employees, including 30 trainees, is one of the flagship companies in the region. Innovations, which, according to the company's management, have become the standard for trade and industry, have strengthened competitiveness and shaped the company's successful history.

Honorary master craftsman
Ludwig Demmeler always felt closely connected and committed to the region and the craft. From October 2001 to the end of 2010, for example, he headed the Memmingen-Mindelheim District Craftsmen's Association. For his commitment, he was made a lifetime master craftsman of honor. In addition, Demmeler received the Federal Cross of Merit on ribbon in 2014 for his great voluntary commitment and his entrepreneurial performance.