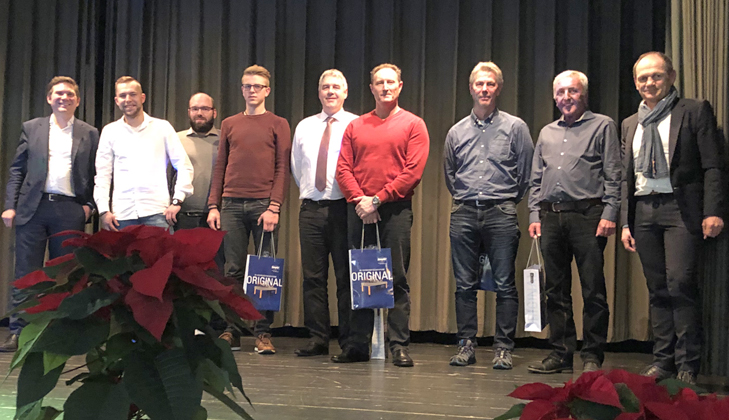 As a conclusion to a successful year 2019, at the Christmas party DEMMELER paid tribute to ten long-standing anniversaries celebrating between 10 and 40 years of service: "We are very proud that many of our employees have remained loyal to the company for decades, because they are the basis of our success. ", Johannes Demmeler, Executive Partner, expressed his appreciation.

That is why we are especially happy about the many anniversaries that were honored at this year's Christmas party. Walter Erhard looks back on 40 years at DEMMELER. He was one of the first to complete his apprenticeship at DEMMELER. Dietmar Lorenz celebrated his 30th and Michael Schnabel his 25th anniversary. Anatoli Dalmann, Tobias Striffler and Klaus Staudenhechtl were honored for 20 years loyalty, Markus Kaufmann for 15 years. Alexander Heiligsetzer, Florian Langosch and René Sautner have been members of the DEMMELER team for 10 years. And so Johannes Demmeler especially thanked the individual anniversaries for their faithfulness, loyalty and very good performance over all these years. Every jubilarian received an award in addition to a special present. In total, ten employees were honored at the Christmas party, who have been collectively faithful to DEMMELER for 200 years.